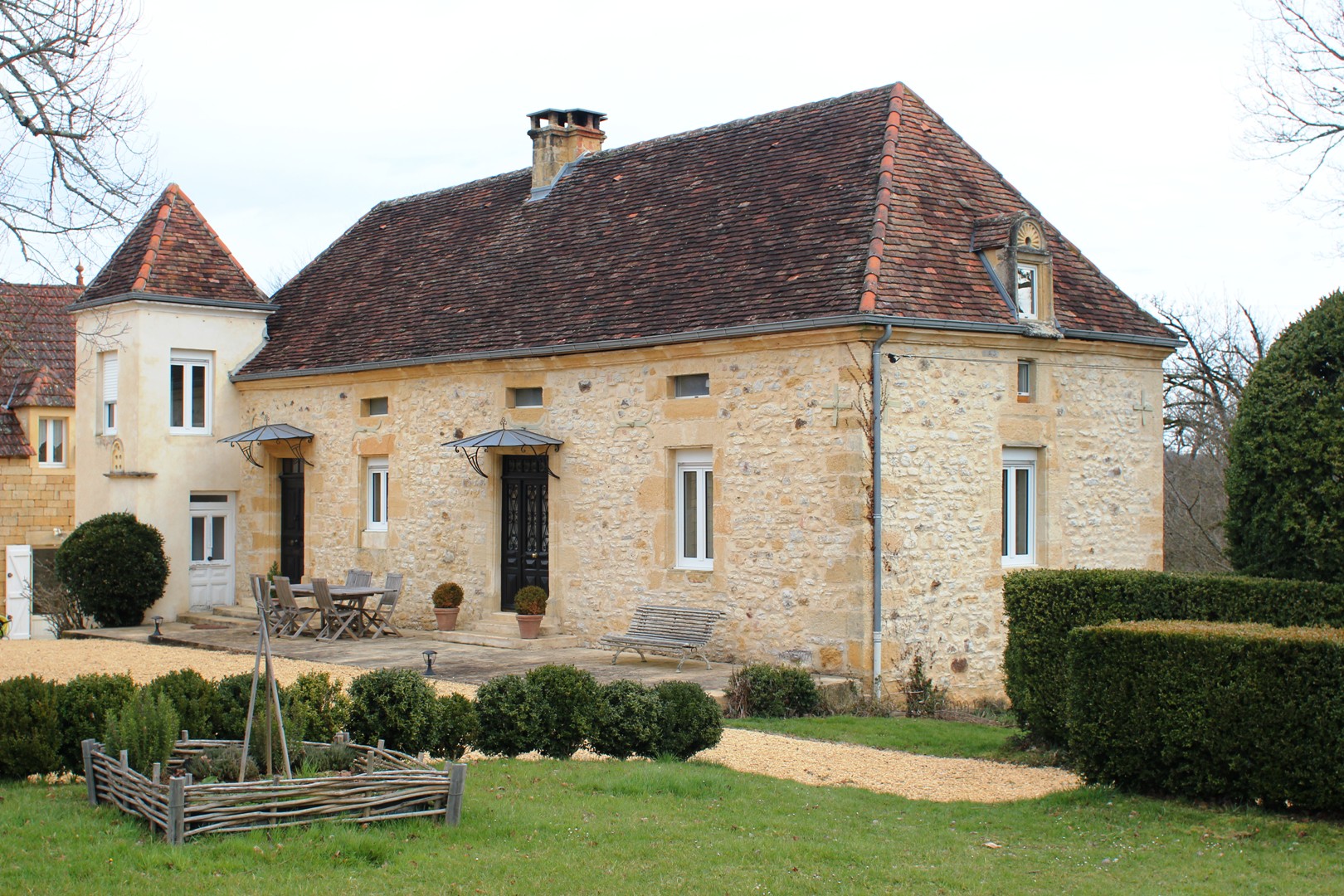 In France, manors (defined by the term manoir) began to arise in their modern appearance from the 14th century and looked like fortified country residences, not rarely equipped with small stands for cannons and pieces of artillery. The reasons that led local lords to retire in residences of this type resided in the frequent wars that broke out in the Europe of the time: let's think of the Hundred Years War (1337 - 1453) and the Wars of Religion that wreaked havoc in France between the 1562 and 1598 under the regency of Catherine de Medici and the reign of Henry IV. In the 16th century there was a boom of these buildings and many are still visible today.

Structurally the buildings were composed of several floors: on the ground floor there was the salle basse (lower hall) used by the lord to receive commoners and peasants; on the upper floor there was the salle haute (higher hall) where the most important and illustrious guests were welcomed instead. Generally, from here you could reach the rooms of the owner and wife, usually positioned directly above the salle basse.

If you are looking for a typical French manor or a country house on the hills of Bordeaux, so appreciated for the production of wine, Romolini Immobiliare offers a selection of prestigious properties for sale in France. 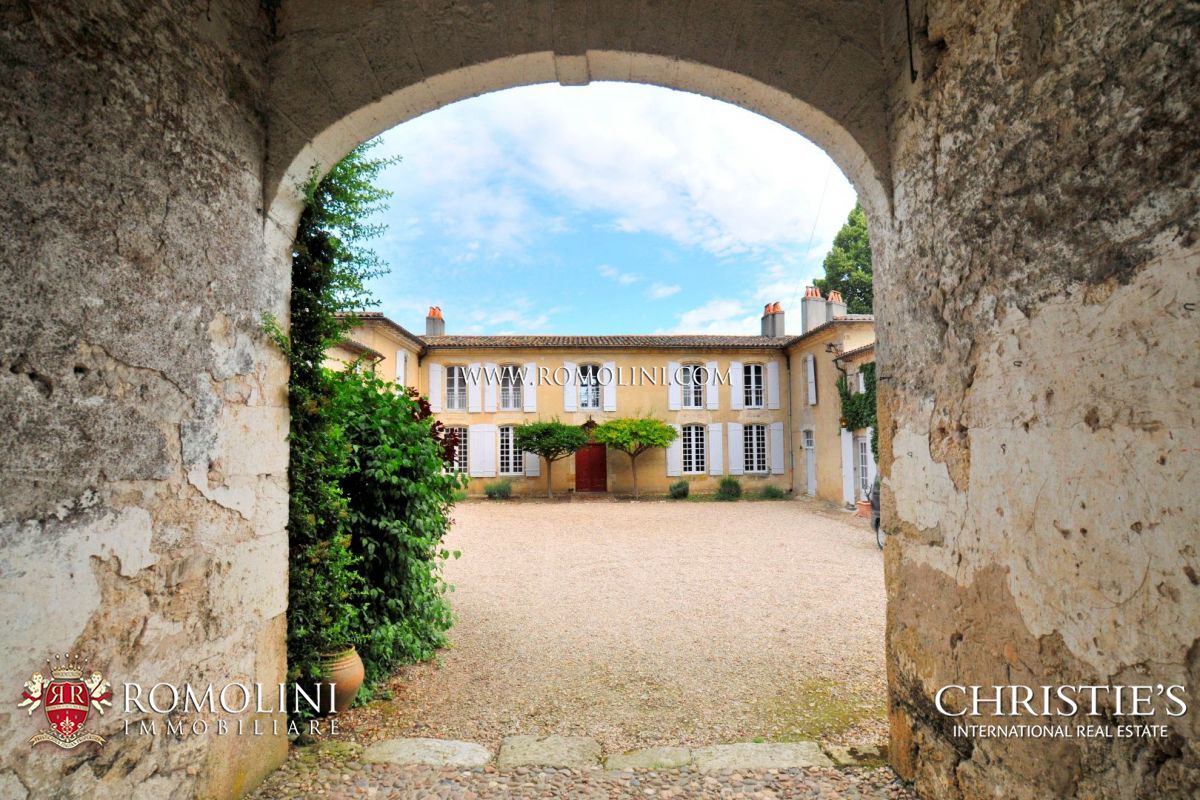 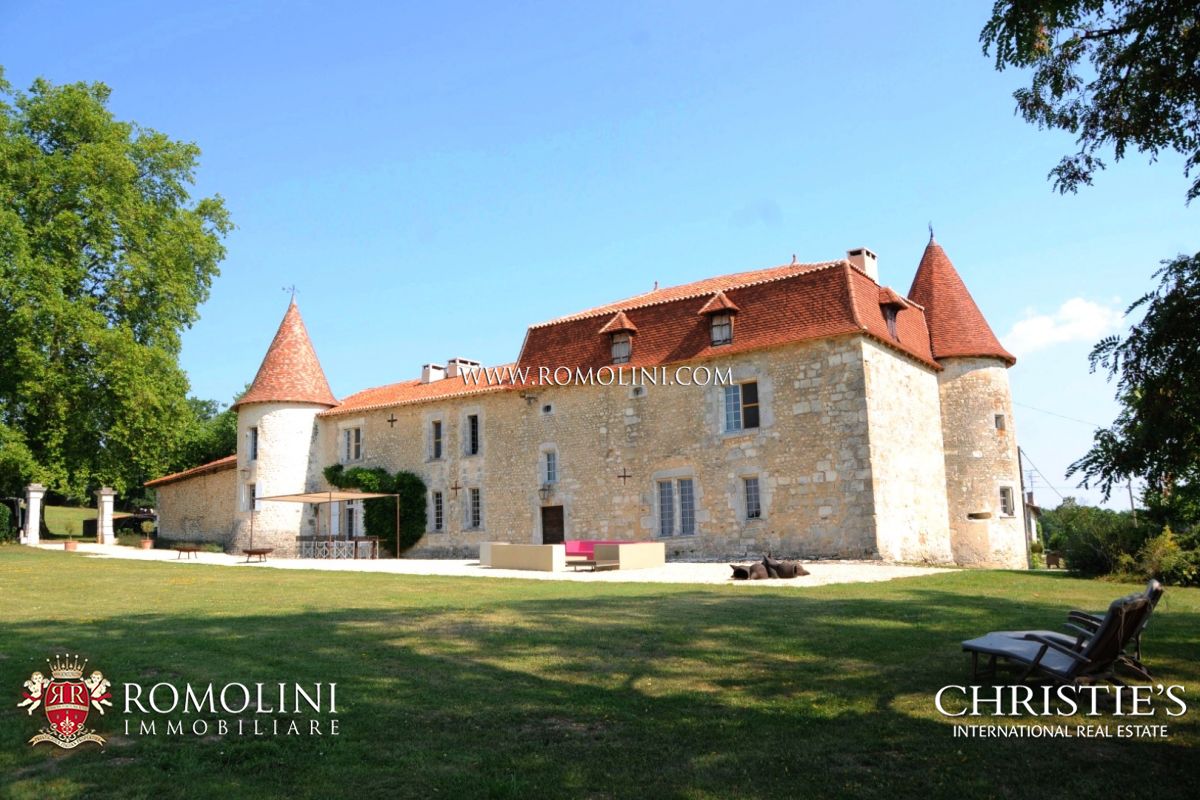 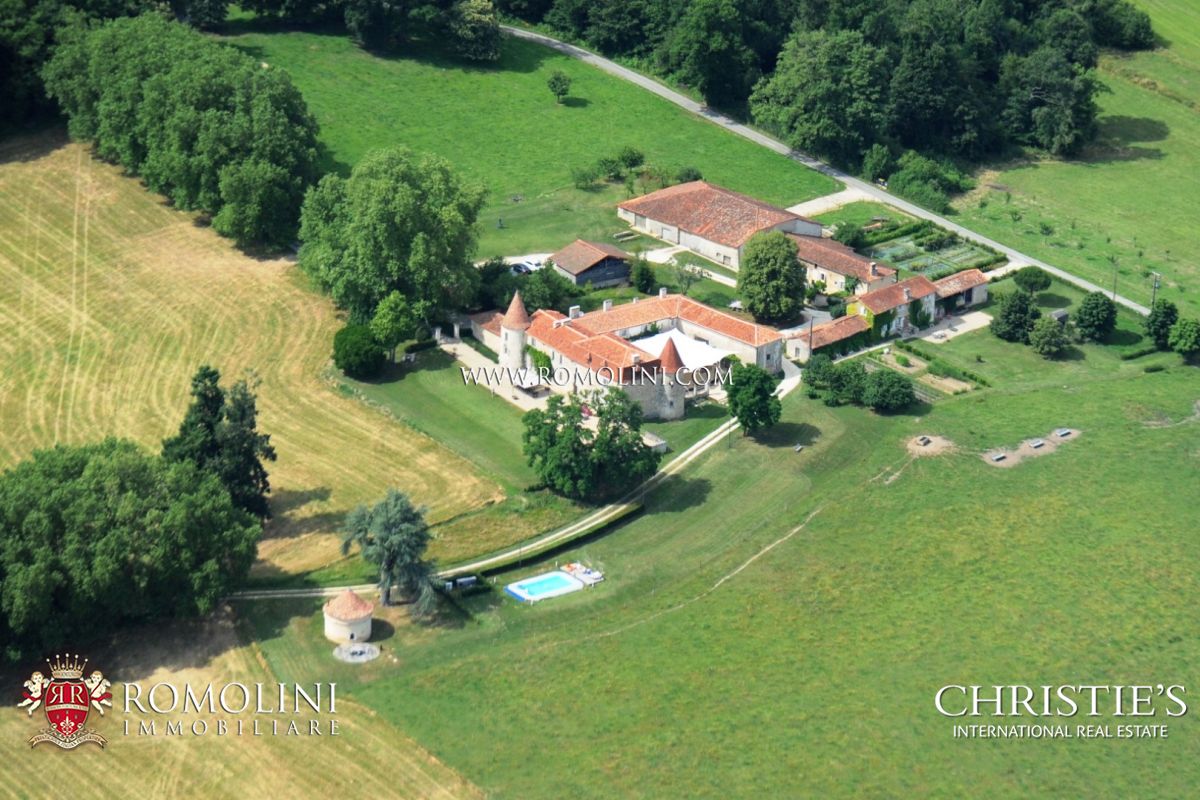 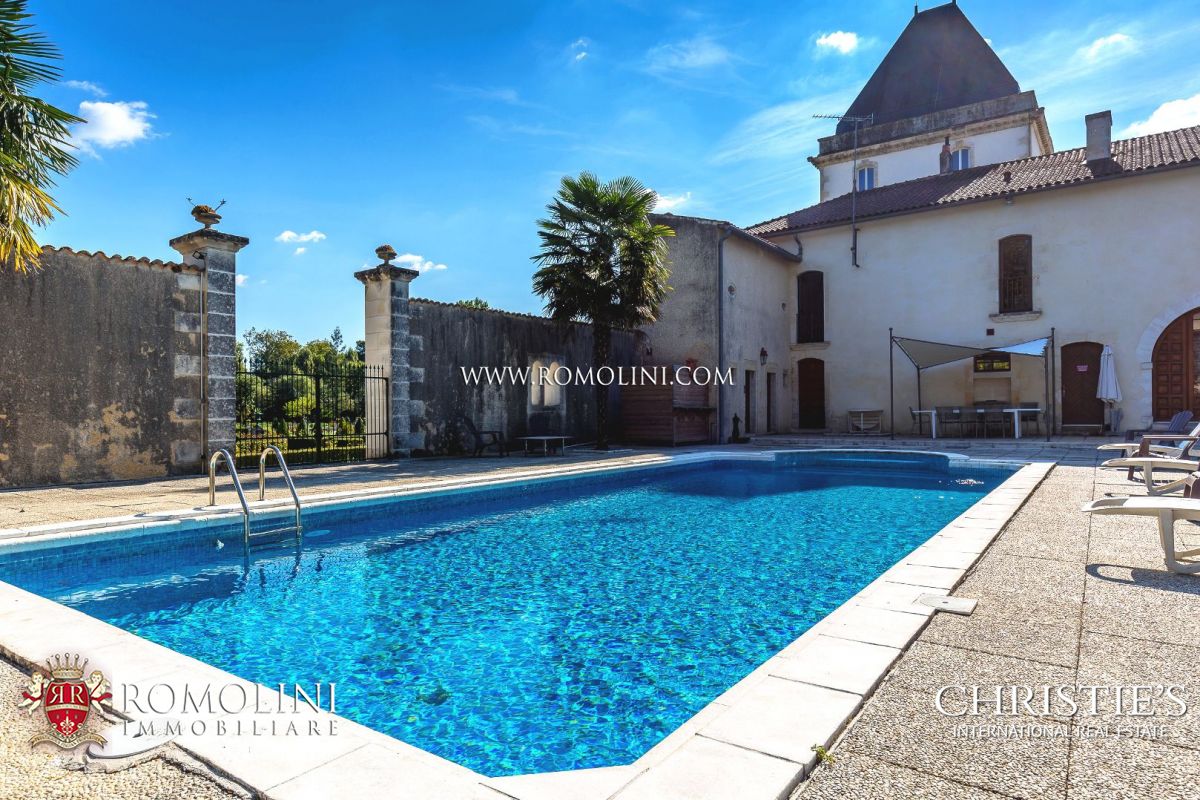 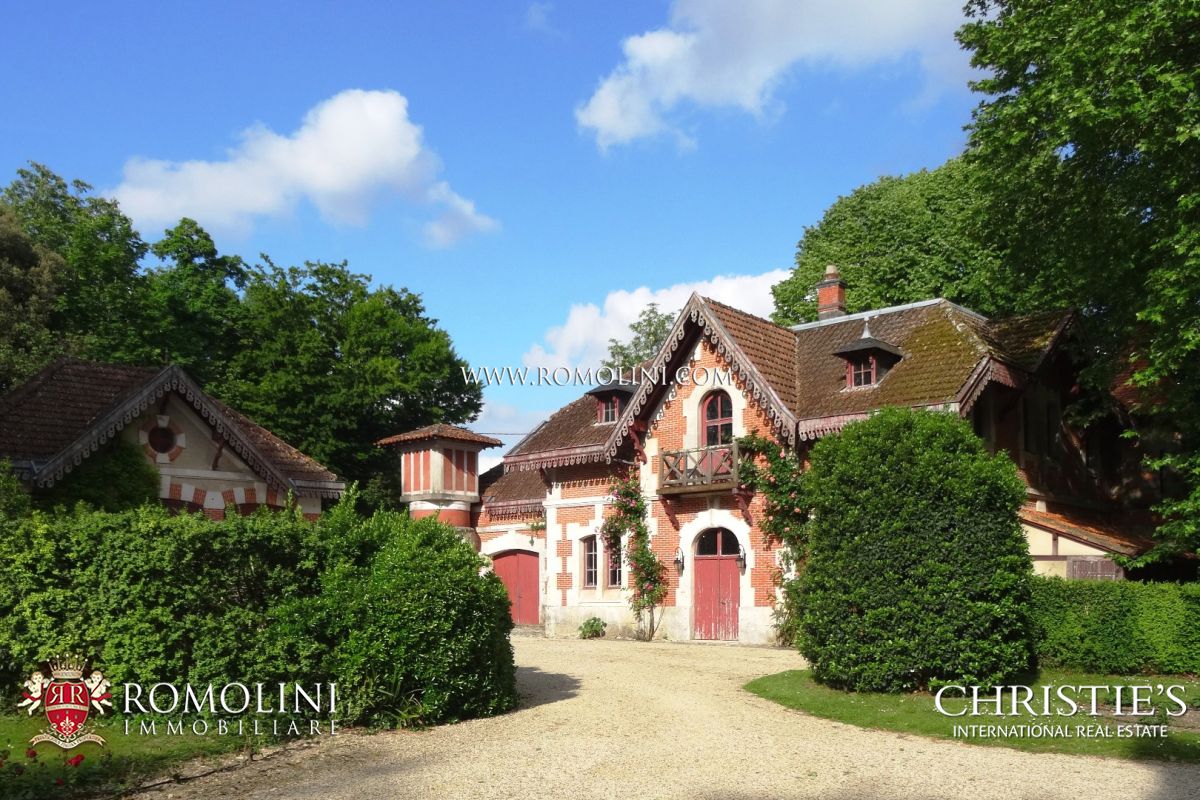 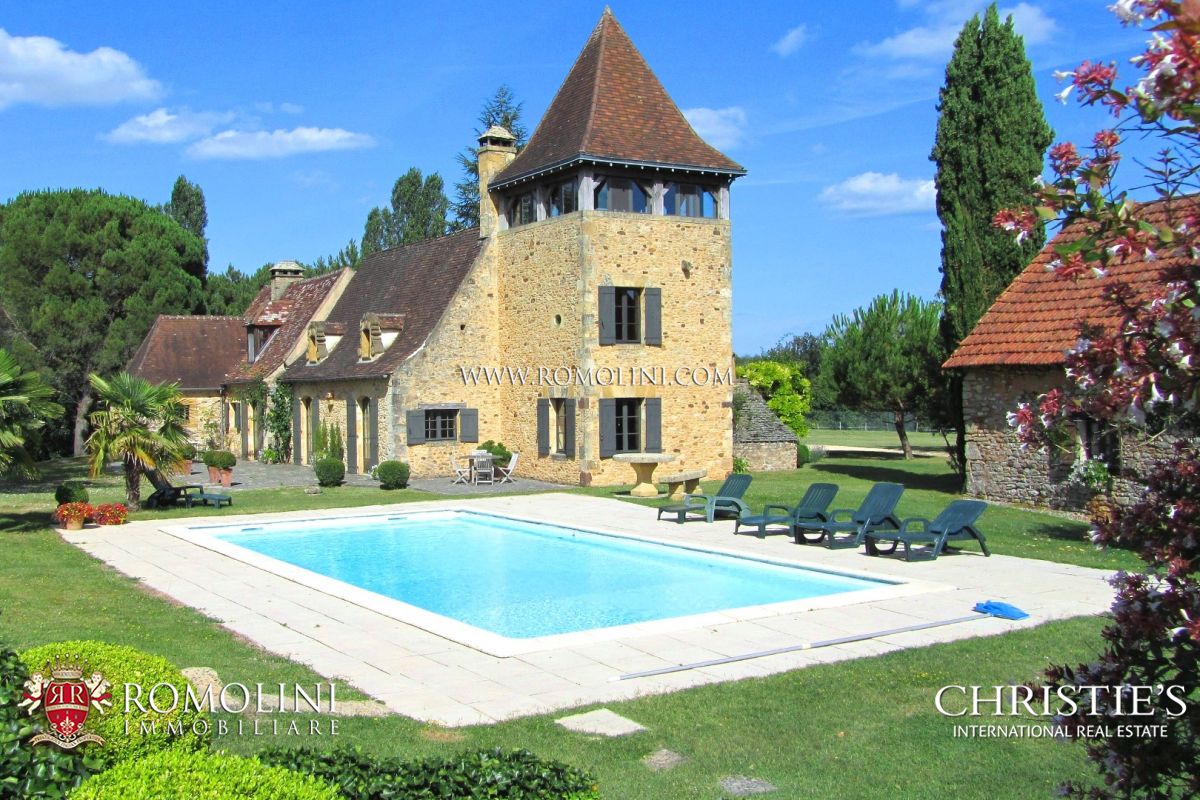 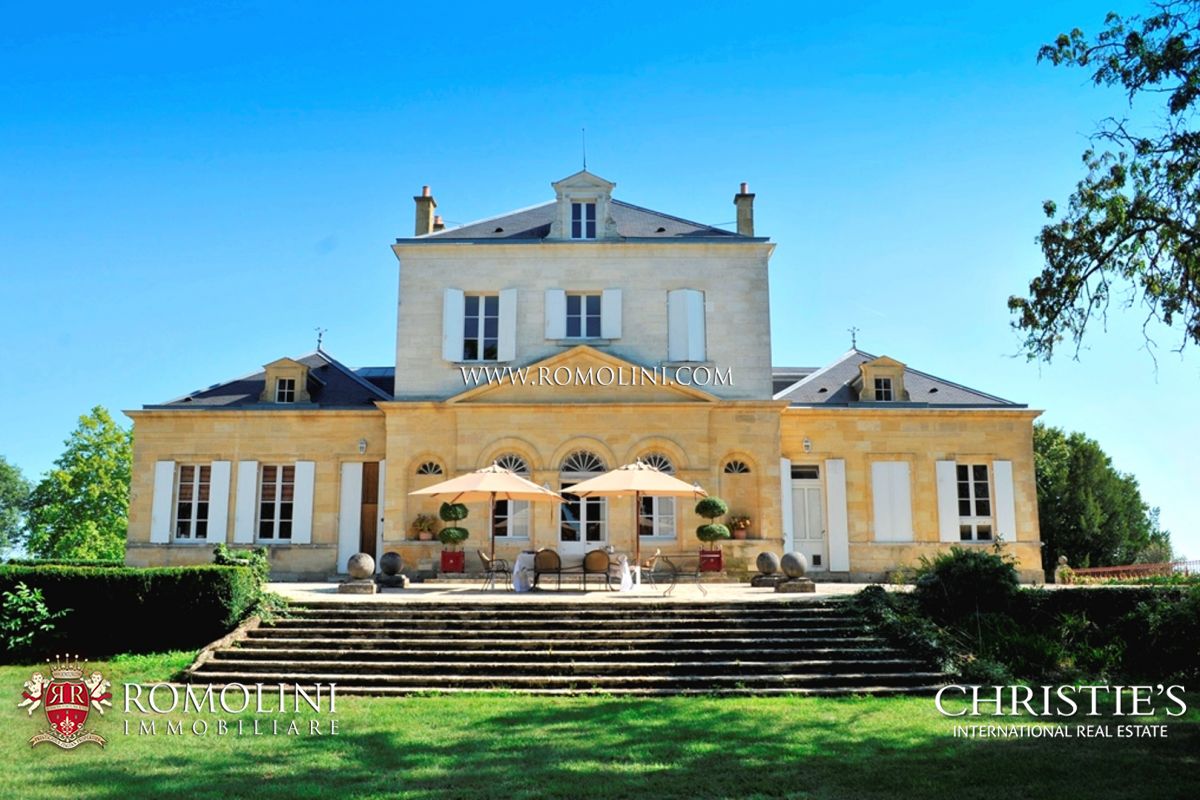 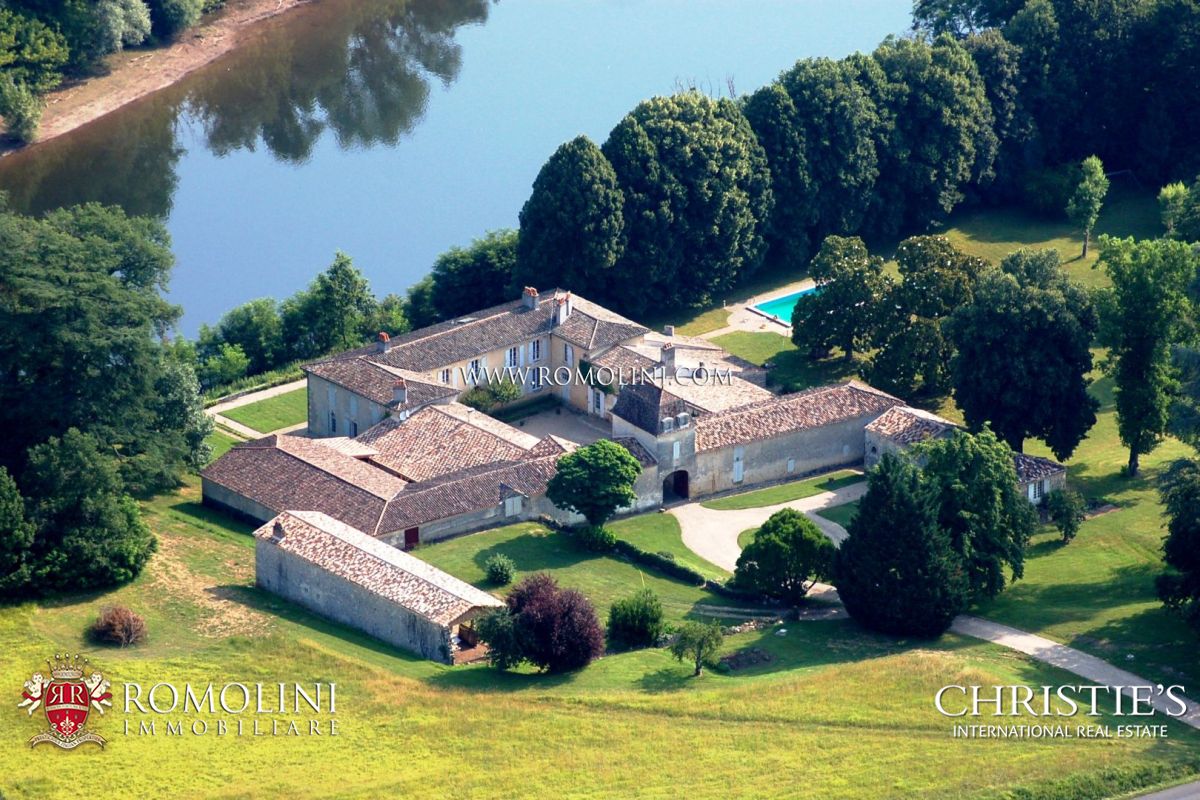 CHÂTEAU WITH GUEST COTTAGE AND HOBBY VINEYARD FOR SALE IN DORDOGNE

Not far from the city of Bergerac, made famous by Rostand and his Cyrano, this château currently offers 4 bedrooms and 3 bathrooms and is enriched by an ample vineyard (4.5 ha) capable of producing up to 15,000 bottles of Pécharmant AOC wine per year. The building is currently used as an accommodation building and is rented out to tourists and vacationers.

This beautiful medieval castle was built in the 13th century by the knights Templar as a Commanderie and thanks to a careful restoration it has become an important luxury residence with 820 sqm of surface and 9 bedrooms available. Completing the property there are a 1.5 hectare park and the keeper's house.

BEAUTIFUL CASTLE FOR SALE ON THE CHARENTE RIVER, COGNAC

On the banks of the Charente, not far from Cognac, this beautiful 19th century castle is perfect for anyone looking for a luxury historic building in one of the most known region of France. The building offers 1,255 sqm of surface with 13 bedrooms and 12 bathrooms, plus several annexes scattered through the 2.6 ha park. A private island, a tennis court and a chai de vieillissement for the Cognac complete the property.

FRENCH CASTLE WITH PARK FOR SALE IN POITIERS

Not far from the historic city of Poitiers, in the Nouvelle Aquitaine, this beautiful 19th century castle is a real gem. With over 2,300 sqm of total surface, the property offers up to 13 bedrooms and 29 hectares of land to fully enjoy the French countryside. Further enriching the property there are some stables, a tennis court and two swimming pools.

Set in the rolling agricultural landscape of the South West of France, in the Region of Charente Maritime, Nouvelle Aquitaine, surrounded by 47 hectares of verdant, beautifully updated Renaissance estate with 2900 square metre Chateau, outbuildings, formal garden and surrounding land. The Estate is notable for its water features and formal gardens while the wider estate offers fishing and hunting. It is sold furnished.

WINE ESTATE WITH CHÂTEAU FOR SALE IN FRANCE, SAINT-ÉMILION

In a stunning location, only a forty minute drive from Bordeaux, in France, wine estate with château dating back to 1782 and partially restored. The property includes also a mill, two additional houses, a winery producing award-winning wines and stables. The plot of land measures 65 hectares, 20 ha of which covered in vineyards.

MANSION WITH PARKLAND FOR SALE IN FRANCE, POITOU-CHARENTE

On a top of a hill near the Charente Valley, in the Poitou-Charentes region, exceptional mansion in a very lovely setting. At the beginning of the 16th century, the 11th century roman tower was restored, creating the current chateau. The property is completed by a little house (200 sqmts), a farmhouse (320 sqmts) with an apartment, and an open barn (50 sqmts).